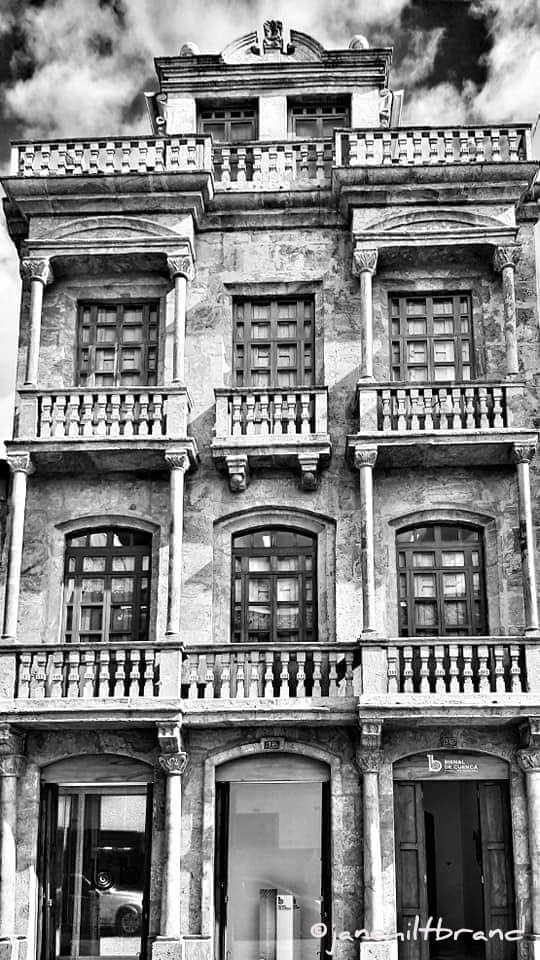 This is probably one of the best examples of the French influence of architecture and decoration of the beginning of the XX century in Cuenca. Currently this is the administrative office of the “Bienal de Cuenca” Municipal Fundation, an institution created in 1987 to organize one of the most important and prestigious art events in the country and the continent.

The design of this house purchased by Jose Antonio Alvarado in 1907, was based on a French photograph brought back from one of his many trips to Europe. He was one of the first importers of decorative materials for the houses in the city. Sr. Alvarado imported sheets of polychrome brass which was used to adorn the ceilings of numerous houses and even churches in Cuenca.

Within the Casa de Bienal there is a permanent exhibit of the photographs of Jose Atonio Alvarado, who was also one of the pioneers of photography in Cuenca. He often took photos of his own family. The exhibit is temporarily closed.

Ruth Andrade Alvarado 1951, sitting on the balcony of the house on Calle Simon Bolivar